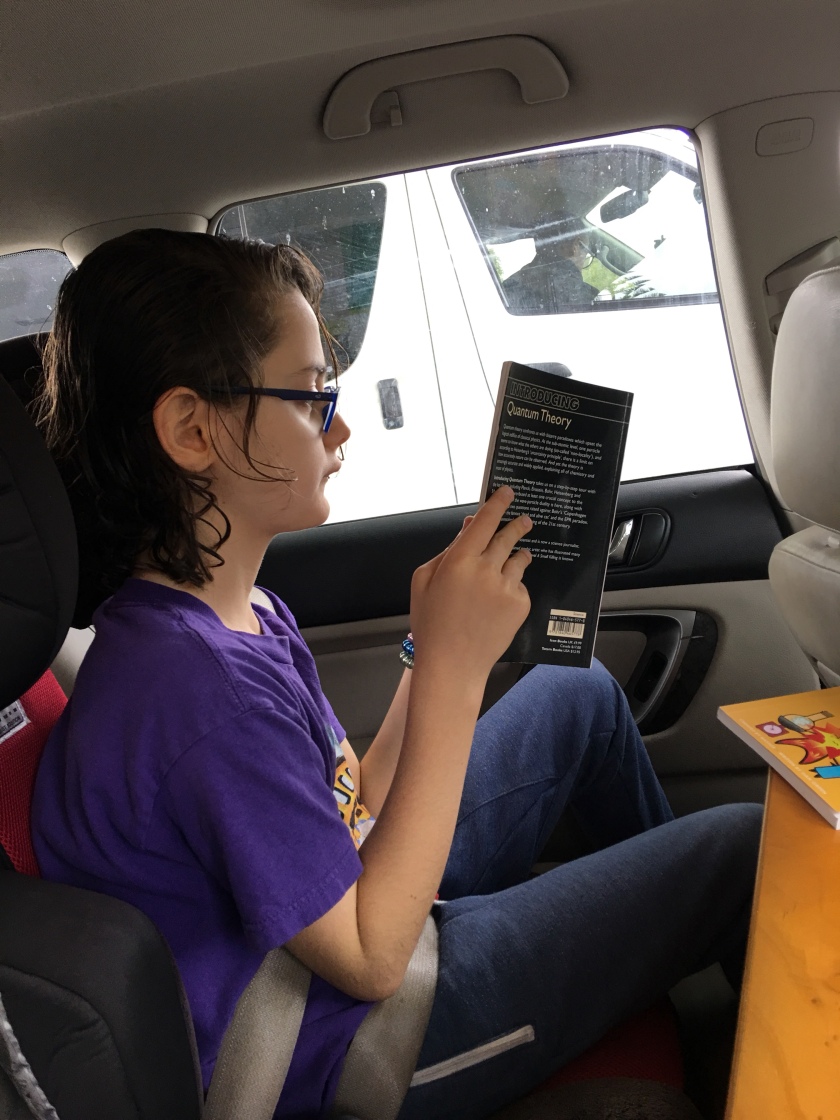 Sometimes the drive to school can be relaxing. Sometimes, it goes more like this.

🦑 oh, they have a whole series of these books. There’s an Introduction to Empiricism!

🤦🏾‍♀️ so what’s your understanding of empiricism?

🦑 only what I got from “Sophie’s World”, about trusting the evidence of your senses.

🤦🏾‍♀️ so would you say that empiricism is anthetical to relativism?

🦑 well, I suppose it is then

🤦🏾‍♀️ so would you include “thought” as a sensory experience for the purposes of that argument?

🦑 for the sake of the thought experiment, I think it’s easier to think of thought and sensory experience as different categories. It just makes it easier to think about.

So, how was your commute? 😂