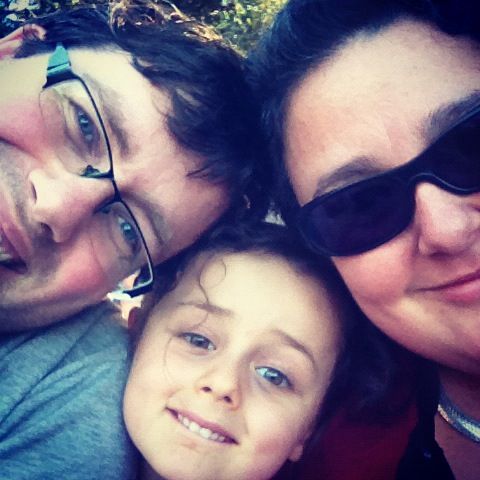 On Saturday the 19th of May, I went out to dinner with some old friends (and one new friend), and the six of us polished off five bottles of wine. Though I was able to count the bottles the next day, I was alarmed to recall that not all of us were drinking, which means that (Name Changed to Protect the Guilty) and I must have drunk the bulk of it.

At about 9pm, Steph rang me to ask if I could work the next day at the parenting expo for Babes in Arms, the Ergo Baby Carrier distributor. Despite never having owned one, most of my friends do, I understand the principles of babywearing, and am a wizz at sales. I also thought that it would be an easy way to contribute a bit to the household finances.

At 3am, when we got home, I was beginning to think I had made a tactical error.

I worked from 9am till 4pm, then collapsed into bed, thrilled that I had managed not to throw up on any of my lovely customers.

By Thursday, I submitted to pressure to go to the doctor. He prescribed antibiotics, which I started on straight away. By Saturday, I was no better, so I went to my usual clinic and saw another doctor, who ordered blood tests.

On Monday, I saw doctor number three who berated me about my mental health and love of gin for fifteen minutes before he even talked to me about my current illness.

Yesterday I saw one of my regular doctors who noted that my liver enzymes were approximately TWICE as bad as they were about 2 months ago, which, since I have been much better with the booze this year means that the liver damage is being caused by something else.

Current doctor has his money on a liver attacking virus, AKA viral hepatitis. Not Hep B, or C, the nasty ones = this should get better on it’s own, as long as I rest, drink lots of fluids, and take only minimal doses of panadol. And of course no booze.

Tomorrow it will be 2 weeks since I first started feeling ill, so I hope that is my lot and I start to feel better soon. Especially since Squish is ill too – he’s had fevers over night and a horrid cough. And I am in no state to care for him.

One thought on “Sick”