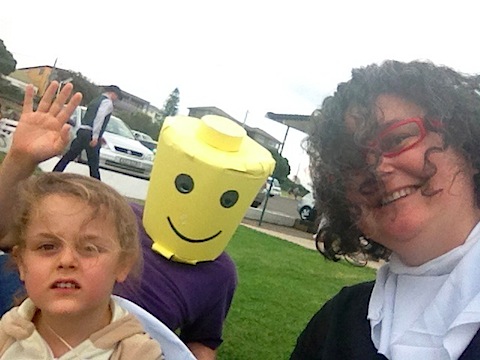 A million years ago, when I first worked in an Apple reseller, I met a cool guy called “A”. Recently, Mark and I decided to buy a NAS, and I rang him to talk turkey. Not only was he still in the computer hardware business, he was also about to get married.

At the registry office.

Nothing wrong with that, but it does lack a certain personal touch. I told him I was a celebrant, and suggested that he might consider getting married at the party celebrating the marriage, instead of before the party or after the party. “But I’m going to be dressed as a taco”, he said.

So today, in front of their nearest and dearest, instead of having speeches and cake to represent a commitment, we had a wedding. He dressed as a taco, she as an Egyptian goddess. Me, a Catholic nun.

It was an impossibly joyful ceremony, the bride and groom were emotional and proud, and so excited to be able to declare their commitment in front of their friends and families without the weight of expectation that usually accompanies weddings.

The ceremony went off perfectly, the crowd were surprised, thrilled, and very supportive. And Mark, Inigo and I had a wonderful day, surrounded with love and positivity.

Archie and Aubrey weren’t forgotten, they were with us every second. Yesterday I remembered their birth, and today, the anniversary of the day Archie died, I celebrated life. 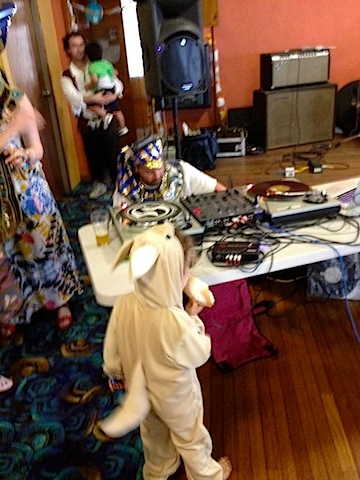 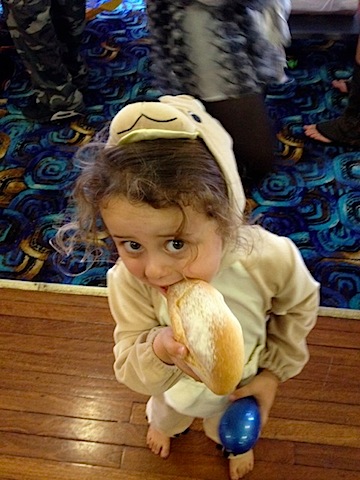